The seminar ‘Know Yourself – the wisdom of Unani medicine’ organised by Darqawi is held by Hakim Alex Abu Bakr Carberry (UK).

In this seminar the following points will be covered: 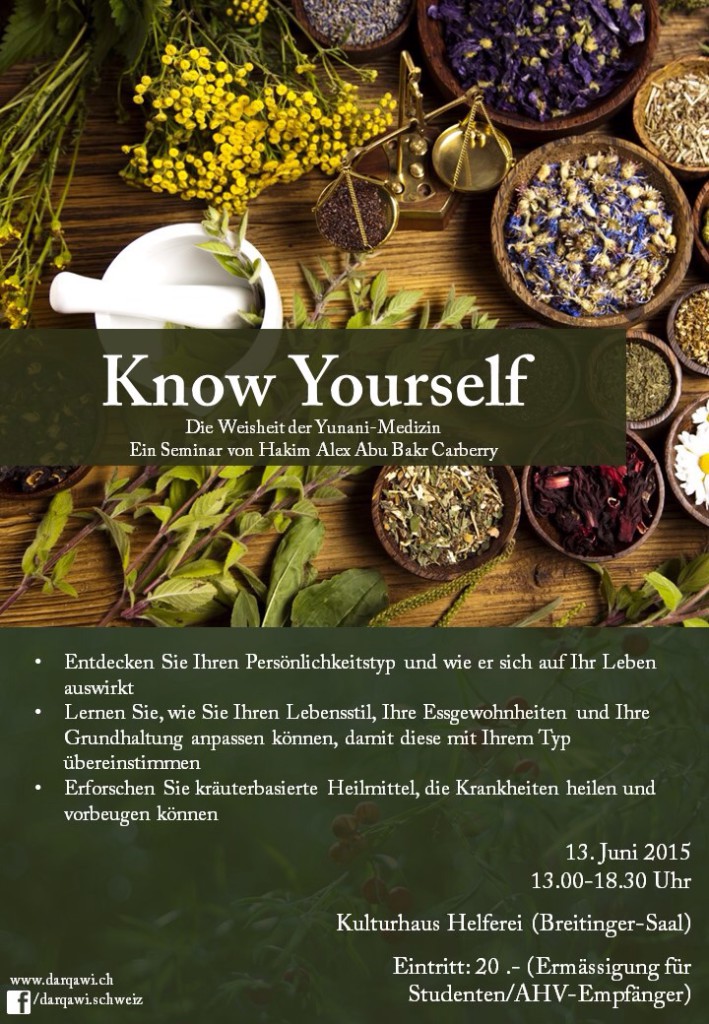 Unani Medicine (Unani-tibb) also spelled Yunani Medicine is an Islamic traditional medicine practiced in countries of the Middle East and South Asia.Â Having roots in teachings of Greek physicians Hippocrates and Galen, it thenÂ developed into an elaborate medical system in the Middle Ages by Arabian and Persian physicians, such as Rhazes (al-Razi), Avicenna (Ibn Sena), Al-Zahrawi, and Ibn Nafis.

Unani medicine is based on the concept of the four humours:
Phlegm (Balgham), Blood (Dam), Yellow bile (á¹¢afrÄ’) and Black bile (SaudÄ’). The time of origin is thus dated at circa 1025 AD, whenÂ Inb SenaÂ wrote the ‘Canon of Medicine’ in Persia. While he was primarily influenced by Greek and Islamic medicine, he was also influenced by the Indian medical teachings of Sushruta and Charaka.

Unani classical literature consists of thousands of books. According to Unani medicine, management of any disease depends upon the diagnosis of disease. In the diagnosis, clinical features, i.e., signs, symptoms, laboratory features and mizaj (temperament) are important.

In India, there are 40 Unani medical colleges where the Unani system of medicine is taught. After five and half year courses, the graduates are awarded BUMS (Bachelor of Unani Medicine and Surgery). There are about eight Unani medical colleges where a postgraduate degree (Mahir-e-Tib and Mahir Jarahat) is being awarded to BUMS doctors. All these colleges are affiliated to reputed universities and recognized by the governments.
In Pakistan, Hamdard Foundation and Qarshi Foundation are prominent patrons of research and development in herbal medicines. Hamdard Research Institute of Unani Medicine at the Hamdard University offers advance degrees in the field. The programs are accredited by Higher Education Commission (HEC), Pakistan Medical and Dental Council (PMDC), and the Pakistan Pharmacy Council (PCP). 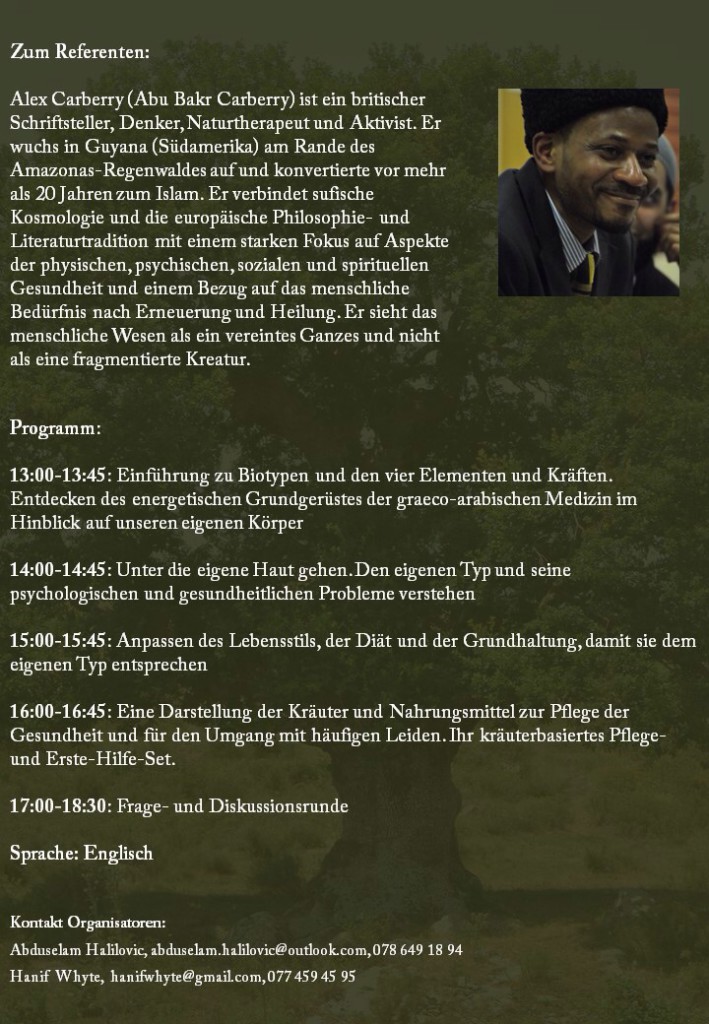